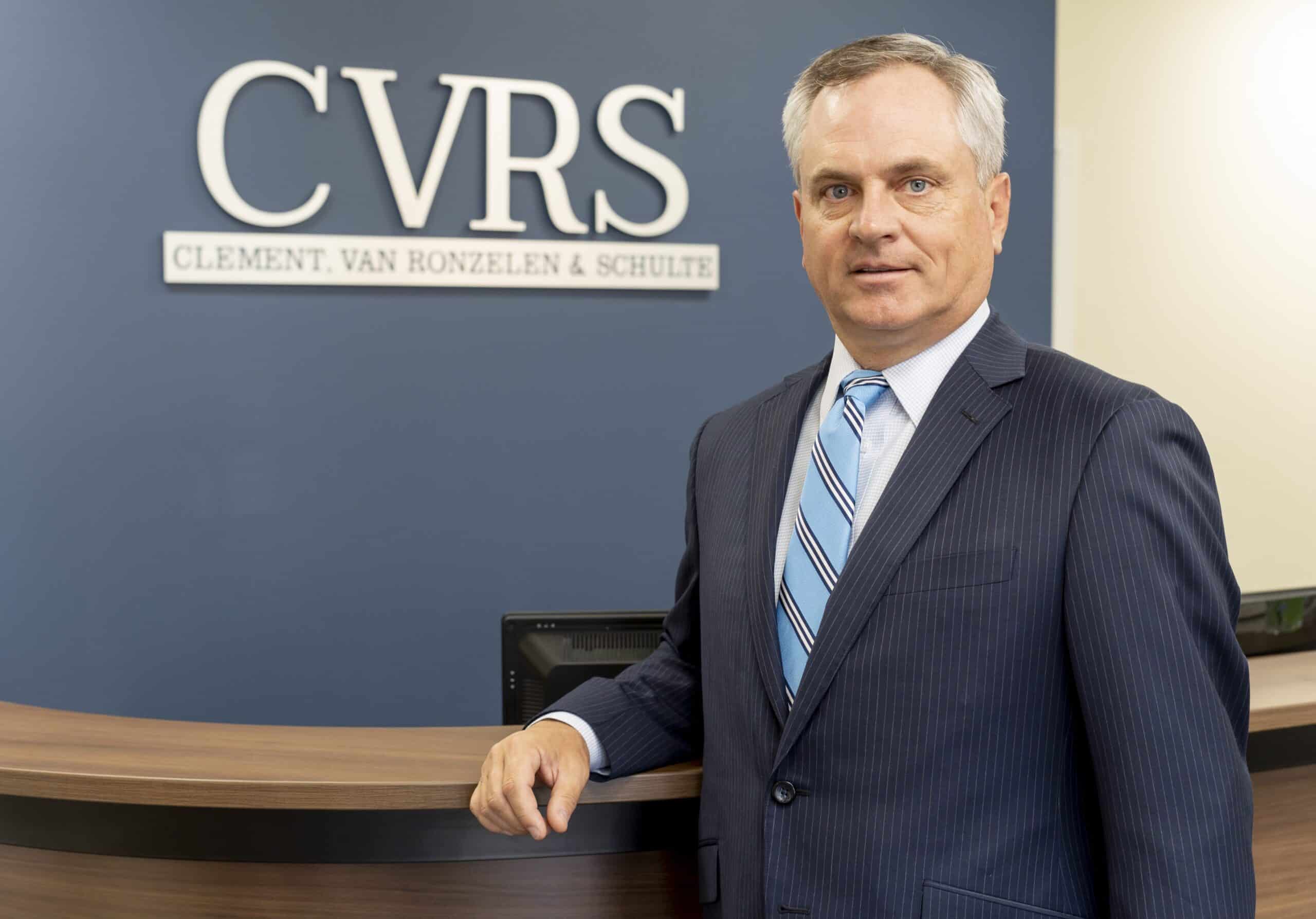 Attorney Matthew A. Clement graduated at the top of his law school class and was recruited to the international firm Shook, Hardy & Bacon in Kansas City, Missouri, where he began his career.  Matt moved his family to Jefferson City, Missouri after being recruited by the law firm Cook, Vetter, Doerhoff & Landwehr. Matt enjoyed many years of professional development with Cook, Vetter before starting Clement, Van Ronzelen & Schulte in January, 2021.

Matt has represented both plaintiffs and defendants in a wide variety of civil litigation . He concentrates his practice on large scale litigation, including catastrophic injury cases, insurance bad faith and other coverage litigation, mass tort cases, and class action. Matt also regularly represents banks and other lending institutions in the legal issues that confront them on a day-to-day basis, as well as assisting other business entities with their legal issues, including litigation as well as transactional matters.

Attorney Matthew A. Clement graduated with honors from the University of Missouri-Columbia School of Law in 1995. He was selected in 2010 as a Missouri “Super Lawyer” and has an AV® Preeminent™ rating from Martindale-Hubbell Peer Review Ratings, the highest rating certification for legal ability and ethical standards.

Matt and his wife Gina reside in Jefferson City and are proud parents of two sons.