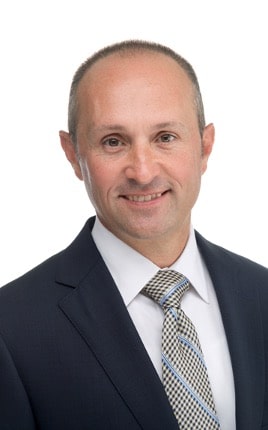 In 1995, Tim joined the St. Louis international law firm of Armstrong Teasdale. While at Armstrong Teasdale, he represented multinational corporations in state and federal court. Some of the corporations he represented included Anheuser Busch, Pennzoil, and Union Electric. Tim has a natural interest in medicine and biology and began his career defending physicians and hospitals in medical malpractice cases including BJC Health system and its physicians.

While Tim was at Armstrong Teasdale, he was also involved in plaintiffs’ cases and developed skills and a talent for representing those who were injured or damaged by others. Despite being a new law school graduate at the time, Tim was assigned by partners to try cases, take depositions, and oversee expert inspections, while other attorneys with his level of experience were resigned to working inside a library. While at Armstrong Teasdale, early in his career, Tim found his passion for helping others suffering from catastrophic losses and helping them rebuild their lives.

In the late 90s, Tim and his growing family moved to Jefferson City, Missouri to join a prominent Jefferson City law firm. At that firm, Attorney Tim Van Ronzelen continued to excel at litigating cases and started earning statewide recognition for his success on behalf of his clients. He was recognized as a “Rising Star” by Missouri Lawyers Weekly and was also placed on the Board of Governors of the Missouri Association of Trial Attorneys.

Tim and his law partner, Matt Clement, routinely took on large pharmaceutical companies and multinational corporations, including Bristol Meyers and national pharmacy chains like Walgreens and Walmart, among others, in cases where people were injured by dangerous and defective pharmaceutical drugs. Despite being outspent and outnumbered, they were able to recover millions of dollars for their clients through their intense work ethic and dedication to excellence in writing and oral advocacy.

Since 1998, Tim has represented the Missouri State Highway Patrol Troopers who are members of the Missouri State Troopers’ Association. He regularly represents troopers on a statewide basis in officer-involved shootings and other administrative law settings.

Tim resides in Wardsville, Missouri, with his wife, Sandy. Tim and Sandy, high school sweethearts who married shortly after graduation, have two adult children – who have both recently entered the workforce, one in the medical field and the other in finance.  Tim and Sandy enjoy spending time together at their home on the Lake of the Ozarks and like to boat and fish with friends. Tim stays active physically as well – having taken part in several triathlons. Tim actively participates in community activities, including the Wardsville Lion’s Club, and other associations with purposes of bettering the community, such as MADD. Tim is a frequent speaker and writer for the Missouri Bar and the Cole County Bar Association, through which he educates and updates other attorneys in areas of civil litigation and trial practice, including the Annual Update on the Law.

Chairman of the Federal Practice Committee -U.S. District Court for the Western District of Missouri

Tim Van Ronzelen in the Media:

Tim Van Ronzelen prevails in argument before Missouri Supreme Court on behalf of blind woman discriminated against by Dollar Tree.